When disaster strikes, the Priority 1 emergency-response team is on the ground and ready to go

We take pride in the accomplishments of Broco Energy’s Priority 1 emergency-response team and its ability to offer a swift response to devastating events affecting communities around the country. For every storm we respond to, we provide fuel to a utility and power company. 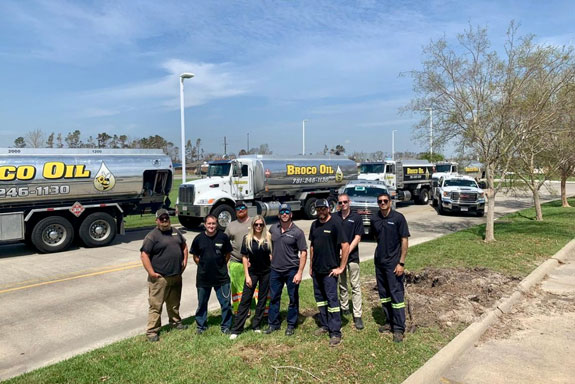 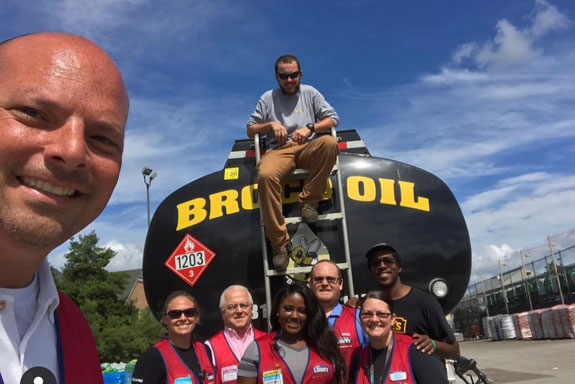 Here’s a look at the team’s response to recent large-scale events, including the Columbia Gas explosions and a range of hurricanes that left devastation in the areas they tore through.

Broco Energy was activated to assist and provide relief efforts for FEMA in Florida during Hurricanes Harvey and Irma. That was also the beginning of our Priority 1 emergency-response team. We left from Boston with six oil tank trucks loaded with diesel and gasoline to fuel priority facilities on a 24-hour basis. Our trucks were stationed at local hospitals for generator refueling and at designated fueling points to assist the Urban Search & Rescue Task Force.

We were called into the Carolinas to work with our partner Gaines Oil. We served the utility and power companies to fuel their power plants and mobilized workers to restore power. Our team went straight from there to the Columbia Gas explosion back home in Massachusetts. For hurricane response, we fuel generators with a truck on standby. We remain dedicated to fueling these generators for as long as necessary.

With Broco Energy as the prime fuel contractor, the Priority 1 team supplied generators supplying heat to thousands of residents left without gas service due to multiple explosions in the Merrimack Valley.

We started with a small response by teaming up with fire departments on the scene, and then, once the incident was stabilized, we handled fixing the gas main. The operation lasted from September into the winter. Broco Energy provided fuel service to over 500 generators 24 hours a day for over three months, until new gas lines and equipment could be installed. For this incident, we had dedicated fuel-logistics coordinators who managed the fueling cycle of the generators on a daily basis.

During this time, we still had normal business to tend to. We adapted and overcame by buying more trucks, hiring more people, including drivers. In 2019, after this event was behind us, we were named the Small Business Administration’s Veteran-Owned Business of the Year.

We responded with a fleet of trucks in Georgia, South Carolina and Florida. The assistance we offered included private entity fueling, as home-improvement stores like Lowe’s and the Home Depot stayed open so that contractors could work around the clock to rebuild.

We responded to Hurricane Laura, in Louisiana, with a fleet of 12 trucks and several hundred generators. Soon after, we were on the scene for Hurricane Sally, where we responded with 400 generators for the city of Lake Charles even as we continued to help out with the response to Laura for over 60 days. We offered critical infrastructure for city services such as utility companies, hospitals and waste-water treatment plants.